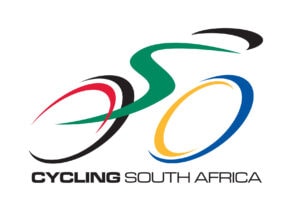 The Executive Board of CyclingSA would like to announce the acceptance of the resignation of Secretary-General, Mr. Elton Davids. The resignation comes following an investigation into the conduct of Mr. Davids at the Tokyo 2020 Olympic Games, where he served in the position of Code Manager responsible for efficient planning and management of all logistics and arrangements of the SA Olympic Cycling team.

During the Games, SASCOC notified CyclingSA that a complaint had been received against Mr. Davids and requested that he return to South Africa prior to completion of the Games. As the complaint was potentially in contravention of the safeguarding codes of SASCOC and CyclingSA, the Executive Board of CyclingSA took the decision to temporarily suspend Mr. Davids from duty upon his arrival in South Africa to allow an investigation by SASCOC upon completion of the Games.

SASCOC issued a directive at the end of September allowing CyclingSA to commence the federation’s own internal process in terms of HR and other policies and codes.

Through an internal investigation into the primary complaint, a number of other concerns came to light, which formed part of the charges brought against Mr. Davids during the internal disciplinary inquiry.

The CyclingSA Executive Board received the final report from the Disciplinary Chair, but prior to deliberating on the report’s outcome, Mr. Davids tendered his resignation with immediate effect. As the disciplinary inquiry had concluded, the Executive Board agreed to accept Mr. Davids resignation as a form of admission of guilt after completing their review and deliberations.

In accordance with procedures, the Board has tabled the matter for further ethical review by the Independent Compliance and Advisory Board (CAB) to deliberate on whether Mr. Davids may have any future involvement within CyclingSA’s structures.

As SASCOC instituted the initial case into Mr. Davids conduct, they have been furnished with the final report and outcome of the disciplinary inquiry. SASCOC continues to follow its internal process to review the matter through its structures.

The Executive Board has appointed Transformation and Capacity Building Manager Somi Thinga as the Acting Secretary-General while due process is followed in selecting a permanent replacement.

CyclingSA will host a C & B Level Managers course in Johannesburg on 17 September for all CyclingSA members wishing to work as Team Managers at sanctioned events.