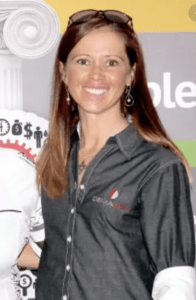 CyclingSA confirms that Ms Lynette Burger, an elite national level cyclist, has been found guilty of intentionally violating an anti-doping rule by the South African Institute for Drug-Free Sport (SAIDS). SAIDS held the hearing on 16 March 2021, and Ms Burger had three weeks to appeal the panel’s decision prior to SAIDS releasing the findings.

On 26 September 2018, Ms Burger was involved in a traumatic accident with a minibus taxi. She sustained serious injuries, including a brain injury, facial abrasions, chest injuries and had to be resuscitated, intubated, and mechanically ventilated post the accident.

Following a period of recovery, Ms Burger returned to competition and won her first race in May 2019. On 1 November 2019, Ms Burger provided an out-of-competition urine sample at a Free State retreat after a whistle-blower had alerted SAIDS of potential doping activities.

SAIDS submitted Ms Burger’s urine sample to a WADA accredited laboratory for testing and analysis to the South African Doping Control Laboratory (SADoCoL) at the University of the Free State. The analytical testing and analysis report confirmed the presence of 19-norandrosterone and 19-noreticholanolone [nandrolone]. Both are non-specified substances as defined and described in the 2019 SAIDS Anti-Doping Rules and the World Anti-Doping Code International Standard: Prohibited List 2019.

SAIDS provisionally suspended Ms Burger from competing and participating in any authorised or organised sport by any amateur or professional league or any national or international level event as of 26 November 2019 and notified Cycling South Africa of the suspension.

Ms Burger did not request an analysis of her “B” sample. Though she initially denied the use of the prohibited substances, she alluded to the possibility that the banned substances were administered to her whilst in hospital after her accident in September 2018, over a year before returning the positive test.

Ms Burger’s legal advisers and doctors argued that Ms Burger suffered from several mental issues, including PTSD, depression, anxiety, and physical pain, as a result of the accident. Her legal advisors further argued that she used the substances to improve her mental state and not to gain an unfair advantage.

Comprehensive medical research was conducted by experts appointed by SAIDS during 2020 to determine the mental health benefits of the substance but could not find any medical evidence in any journals or reports of the administration of Nandrolone to improve such issues.

Ms Burger admitted to the tribunal of having received anti-doping education during her professional cycling career and having been tested numerous times. She was aware that there was a necessity to apply for a TUE for all medication or substances forming part of the WADA prohibited list. However, Ms Burger failed to make an application.

The Panel rejected Ms Burger’s explanations and also her request for a reduced sanction to be considered. A four-year ban effective from 26 November 2019 was awarded, which was not appealed, and Ms Burger may return to competition on 26 November 2023.

CyclingSA unequivocally opposes the practice of doping in sport and fully supports SAIDS, WADA and the UCI against the use of banned substances and methods. The use of prohibited substances or methods by any participant in or out of competition is unacceptable and will not be tolerated.

CyclingSA wishes to acknowledge the vital role that the whistleblower played in ensuring that this matter came to light and encourages all individuals that have suspicions or proof of violations of fair play conduct to report the concern via the following link: drugfreesport.org.za.

*Tip-offs may be made anonymously. However, providing certain personal information will increase the possibility for SAIDS to investigate and address the situation you have reported.

The full SAIDS decision document can be viewed here.