SASCOC (South African Sports Confederation and Olympic Committee) has announced the 169-member team that will be competing in the Commonwealth Games in Gold Coast, Australia in April. Team South Africa sees representation across 16 sporting codes, with 18 team members representing cycling.

Although the women’s Road Race team and the men’s and women’s Team Sprint teams met the selection criteria and were submitted to SASCOC for consideration, they did not make the final team SA selection.

There was great excitement from the riders selected as part of Team South Africa, many for their first time at the Commonwealth Games. Nolan Hoffman was “chuffed” to be part of the team as it was a big goal for him; Brendon Davids said it was a huge surprise to hear the news; Alan Hatherly and Mariske Strauss both acknowledged that it was a step closer to achieving their goals.

Having just landed in Catalunya for a training camp with her professional cycling team, Ashleigh Moolman-Pasio shared her approach to the Time Trial discipline, which is an integral part of racing in the professional peloton. Ashleigh finished in seventh place in the Time Trial at the 2017 UCI Road World Championships. “I’ve always been working on the Time Trial discipline but racing for a professional team has helped me to transform my game largely because of my equipment and attention to detail over and above my physical ability on my bike. I was lacking in these areas until my team provided the detail that I had been missing, like the perfectly size TT bike, specialised wheelsets and helmets, right down to the skin suit. All these factors together shave valuable seconds off a race time.”  Ashleigh’s stringent training regime incorporates one session a week on her Time Trial bike.

“To be part of the Commonwealth Games team is something I’d really set my sights on,” said Brendon Davids, who has based his early season in Australia before racing in Europe in April. “My training has been going really well. We’ve increased my volume slightly from last year, but still maintaining a very high-quality approach to the sessions. With a big European block of racing as well as Tours in Asia such as Langkawi and Japan on the cards, the longer stages compared to the races in South Africa are what I’ve been focussing on.”

Adelia Neethling said it was “absolutely awesome to have her dream and vision fulfilled with team selection to the Commonwealth Games”. The team announcement has boosted her confidence and her cycling career on a personal level as well as for women’s track cycling in South Africa. “This is the first women’s team to be selected, which is ground-breaking for women’s track cycling in South Africa. Hopefully this opportunity will open the door for more competitive cycling amongst women in the country that will ultimately lead to a higher standard of performance in women’s Track Cycling. Track Cycling is a very individual sport and the Team Pursuit creates a more supportive as well as competitive environment for individuals to belong to yet still compete in individual events.”

Multiple South African Track Champion Nolan Hoffman said that making the team was a big goal for him. “I’m really chuffed to have made it. This is a really a big opportunity for me and doing well will just strengthen my bid for Tokyo 2020.” When asked about the Team Pursuit team, Nolan said: “I think we have a strong squad and it will be the first time that we will be competing as Team SA. We will definitely go there to fight for a medal, we have chances in the 15km Scratch and Points race as well.” ‘The Hoff’ has been doing track-specific training with the team and will continue to do so until the Commonwealth Games, but he is also competing in road races with his trade team, which he believes will help with his preparation.

South African MTB XCO Champion Mariske Strauss will be competing in her second Commonwealth Games. “It was a delightful surprise and it is always an honour to represent your country. Any race that I set out to do is important for me.” Mariske is well into her preparation for racing and she has some big races that take place on home soil for her, beginning with the first round of the UCI MTB World Cup in Stellenbosch on 10 March followed by the Absa Cape Epic a week later.

Alan Hatherly’s silver medal in the under-23 race at the 2017 UCI MTB World Championships increased his world rankings substantially and placed him as a strong contender for the Commonwealth Games team. Being selected for the team has taken him a step closer to achieving one of his goals this season. “I set a goal for myself early last year to aim for a medal at the Commonwealth Games and obviously this selection has put me a couple steps closer to chasing that goal. My pre-season training has gone incredibly well, I did the Cape Pioneer Trek (seven-day stage race) late last year and the after effects has built up my ‘engine’ up a lot better than previous years.

Cycling South Africa’s President William Newman congratulated the riders who were selected for team South Africa. “To be selected to represent your country is a great honour, particularly at a sporting event with the magnitude of the Commonwealth Games, and the cyclists selected here have been performing exceptionally well in recent months. While I am very happy with the large cycling contingent selected I also want to encourage those who have not made the final selection to stay motivated and continue working hard at their sport.

“On behalf of the Executive and Management Committees, we wish the team the best of luck with their preparations in the coming months and in Australia.” 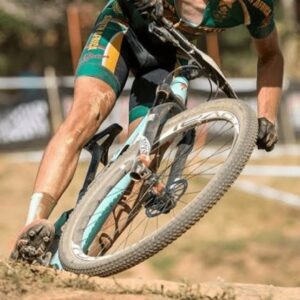 Top local and international riders will battle it out for Victory on the 4th and 5th of Feb 2023 during the first rounds of the XCO National Series and Western Cape Cup at Coetzenburg, Stellenbosch. 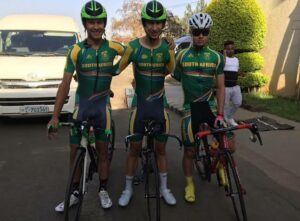 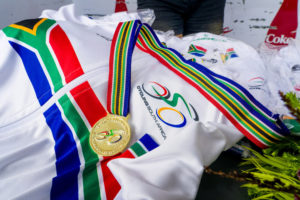